Returning To The Roots 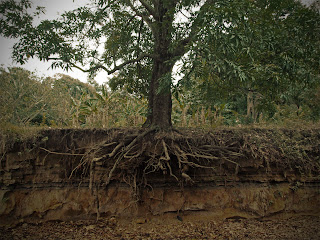 In The Demon’s Head #88: Returning To The Roots

When I discovered that I was a writer ahead of my classmates back in the 4th grade I would have never expected the journey to take me the way it has. I don’t say that to toot my own horn. In fact it was my 4th grade teacher Mrs. Seivers (I think that’s how her name is spelt) that made me realize that I could write.

In the years that have followed I have learned that my writing has changed. It’s evolved and grew. Surprisingly enough so have I. A huge step in that evolution as a writer came when I started this blog last February. I have to say that I’m mildly surprised that I’ve managed to keep life in this blog over the last year. While inconsistent posting sure, there have been new posts at least once a month.

I look back at the first five or six of these that I did and I realized that I gave a general warning in each of them. Basically it was that there may be some things or words said in these post that offend people. I had really thought that my writing style for this blog would be much like I talked in real life. This included a lot of words that may offend some including to but not limited to Fuck.

I don’t say these things just for shock value. I also don’t say them because I have limited vocabulary. I use these words because that’s just the type of person that I am. I realized that it wasn’t conveyed in the writing of this blog. That I hadn’t stayed true to myself mainly because I wanted everyone to enjoy what I was doing here. I still hope that you do like what I do but don’t be surprised if I say a few colorful things that some one else may not write for fear of being looked at differently.

Now I’ve got a few interesting tidbits to share with you today so scroll on down I hope you’ll enjoy some of the new, or kinda new things, that I’m coming up with here.

As I’m sure a lot of you are aware. Last month I lost my job. While this does suck, I have to say that it has opened a lot of new doors. The best is that it has opened the ability to write a lot more. While I can’t make tons of promises about where I will end up going with my writing in the next year, I can promise that Photoblogging will return.

I won’t be doing it five days a week. I think that’s a bit over the top and a lot of extra work, especially if I want to get other writing done. But I will be doing it 3 days a week. Monday/Wednesday/Friday; before I said I would feature them on Wattpad, but I think I’d rather just leave them an “In The Demon’s Head” exclusive.

From The 35th Floor Now Available

March’s free writing “From The 35th Floor” is now available on Wattpad. I’m in talks with a friend who is developing a cover for it. If you haven’t checked it out yet click this link and you’ll see a piece that I’m extremely proud of. I’d love your feedback and comments on the piece.

I’m going to start trying to do a blog post twice a week. It may be about what’s going on with my writing. It may be about something else entirely. I’m not really sure but I’m hoping that you enjoy it going forward. As always I welcome your comments, emails and anything else. I’m a very sociable guy and would love to talk to you.

On a side note, I’m going to start looking into something that I haven’t really seen anyone else use yet. If I can figure it out then I think that it will be a revolution in the way books are marketed and sold. I know that’s a bold statement but I think it could be that massive.

Until the next time you want to take a trip through the gates of hell and into the demon’s head. I’m Kyle Robinson wishing you a safe trip back to the surface. You can connect with me on Facebook, Twitter, and Pinterest. You can also send me an email with any comments and questions you may have and I will get back to you as soon as I can.