In The Demon's Head: To All Who Survived The Myans 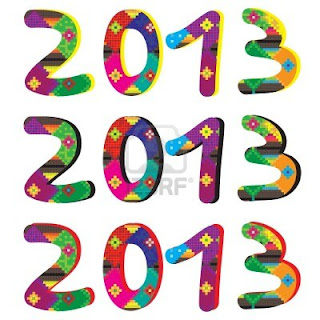 Merry Belated Christmas all and I hope that your season was filled with cheer and excitement as you spent time with the ones that you loved. I myself didn’t do a whole lot I spent some time with my Dad, Grandma and some other family as well as my wonderful Fiancé Liz. You read that right yours truly is now engaged.  I’ll talk more about this at some point in the future but for right now let’s jump into this edition of In The Demon’s Head before it becomes one of those stupid sappy Christmas letters that you really don’t want to read.

Future of The Blackout Series

Don’t be worried this isn’t an announcement that sees the Blackout Series never come to light. Quite the contrary this an announcement marking the release of the first story in the Blackout Series entitled “Life After Dark” has finished its first hard edits and I will be putting them in here within the next couple of days, shipping it off to my editor and starting on the hard edits for story 2 which is “Six Feet Under” The first story will be available directly for download from my website, through Smashwords, possibly Amazon, and WattPad. I haven’t settled on an exact date yet but unlike I previously had hoped the story will be available either Late January or Early-Mid February but I plan on no later than that.

I said this in my last post from earlier this month and still haven’t done it yet but I do fully intent to make one of my projects at the first of the year revamping my website. There’s two reasons for this especially now, first being that I’ve done a lot of studying about how websites should work and a good way to build an author website and while my is barebones what it should be it’s nothing like it should be and that’s a problem that I fully intend to correct at the first of the year.

Other Projects to Kick off 2013

Since we survived the Myan doomsday prophecy from December 21, 2012 it means that I can start planning for what comes heading into 2013 and I’ve established how I will fill the bulk of the first half of the year, I will be writing, revising, and preparing a novel with a yet unknown title centered around the plotline for the poem “Viral” that I released earlier this year. I’m going to take this in a different direction and try to land an agent and get the book traditionally published. I think that the plot is strong enough and as long as I can shape the characters I should have no problem.

The year is ending on a high note. I started this full time journey back in February and since I’ve done a lot of good things and I’ve taken a number of steps in the right direction so I’m very confident heading into 2013 that I will only go further in the right direction. This will likely be the last post that I publish this year but I’d like to say many thanks to everyone who has liked the stuff I’ve done so far and expect much more coming in 2013. Everyone have a Happy New Year and I’ll see you on the other side of the Ball Drop for 2013.
Posted by Unknown at 10:48 AM

Email ThisBlogThis!Share to TwitterShare to FacebookShare to Pinterest
Labels: E-Books, In The Demon's Head, Kyle Robinson, More Than Memories, More Then Memories, Novels, Self Publishing, Writing