In The Demon's Head: How The Hell Are You? 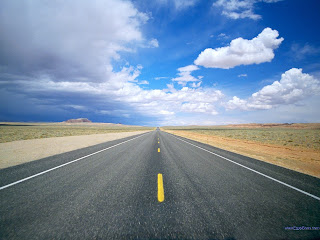 Holy rhetorical Monkey shit batman. How in the hell have you guys been. I haven’t written an In The Demon’s Head blog post in nearly a month but that’s all going to change here very, very soon and I’ll explain why a little later on toward the bottom. I understand that it’s been almost a month and for that I must apologize but I have to say that this issue of “In The Demon’s Head” is going to be full of news and information which is something that I really like.

As a side note before we get started in just over a week “In The Demon’s Head” will be turning a year old. I honestly never thought I’d have enough patience and drive to keep this thing going that long but I have and in that year a lot of changes have taken place. I’d like to take a moment and if you’ve read this blog on a regular basis, or even just read it in passing I’d love for you to share your thoughts with me via email. I would love to include some reader comments for the special anniversary issue of “In The Demon’s Head”

Now let’s get on with the meat of this issue,

This may be old news to some but I finally went through with my idea of cleaning up my website. While the overhaul wasn’t anything massive I personally think that it makes the site look and feel a lot nicer and its overall easier to navigate. Which is something that I’ve been wanting out of that site for a long time but could never really figure out how to  do so for my first act of the New Year the website has gotten it’s promised Facelift and I hope you’ll check it out @ www.tinyurl.com/robinsonswritings

The Girl in 4-D is Released

This year is aiming to be a big one for me. At least that’s the hope when it’s all said and done. I can guarantee you that there will be a free writing piece (Usually Poetry) released every single month as well as Three Volumes of the Blackout Series, and possibly a compilation book at the end of the year, and maybe even a novel in there somewhere. It all adds up to a lot of writing and it started this past Tuesday as “The Girl in Apartment 4-D” was officially released on Wattpad. While I haven’t gotten any reviews yet the reads climbed steadily so far so if you haven’t checked it out yet click the name above and it will send you to the page. Read the poem and share your thoughts in the comments section.

As I promised every month will have a free writing and while February’s has already been decided as the first volume in the Blackout Series (More on that later) March’s is already in the works. While I don’t usually end up with the this far in advance a dream that I had a few days ago sparked the imagination to kick into overdrive and I’ve come up with an idea that will be something special I feel for the month of March. I haven’t decided on the title yet and I don’t want to give away too much to early but I think the idea will resonate with a number of you and I hope that you like it.

A New Blogging Challenge is Coming This Monday

My wonderful fiancé Miss Liz Butler, came up with an idea that I’m going to attempt to try on top of everything else. A blogging challenge that will see her hand me a picture and I’m going to write a small piece on it every day.  Now how long this piece is, is really decided on how inspired I am to write the piece. I’m going to attempt to do this every day Monday Through Friday  I don’t want to make a promise that I’ll be able to do it every day and if not I may shift the schedule to something that I can do. Either way it will be posted on the blog as I do it so look for that beginning this Monday.

Now before you go thinking that I scored some awesome deal with Youtube or something I hate to say it but your mistaken. (I ain’t that famous) however, I am debating on starting a Youtube channel that will be the home of all of the book trailers that I do. On top of that the idea has come into my head to possibly start a weekly Youtube show, but I can promise you that If I did it wouldn’t be anything about writing. The idea is something that I’m going to hold onto for now but before the year is out there’s a good chance that I may sit down to do one or both of these projects and when and if that time comes I will be sure to let you guys know.

The Blackout Is Almost Here!

I’ve talked for weeks at length about the beginning of the Blackout Series. It’s finally almost here. Next month I will be releasing for free the first short story in the Blackout Series. Now I’ve been told by a few people that the way everything plays out there may be a few pissed off people and that’s possibly the case but I’m here to tell you that I hope that this story will tempt you to buy the proceeding stories because I can promise you that they only get better and better. I haven’t decided on a date for the release yet but stay tuned I will probably have one within in the next week or so.

That’s all I’ve got for this edition of “In The Demon’s Head” I hope that you guys will send me your feedback and thoughts on what’s been an amazing year in my life as my writing and my fanbase grow. I look forward to that and until the next time you take a trip through the gates of hell and into the demon’s head, I’m Kyle Robinson here to wish you a safe trip back to the surface.